A box, a fan, a silk pillowcase and a broomstick - this is how the first vacuum cleaner in history was born. The idea that transformed these simple elements into one of the most revolutionary technologies of the past century belongs to James Spangler, a night watchman in New Berlin, Ohio, who suffered from asthma and was tired of breathing the dust raised by the upright in the shop he worked in. James patented the invention and dreamt of bringing it into every house in America. He needed someone who believed in his project and with the skills and the resources to execute it.

He decided to send this first, rudimentary vacuum cleaner to his cousin, Susan Hoover - a move that made his fortune.  Susan tried using it for a few days at home and became an enthusiastic supporter. She showed it to her husband, William Hoover, the owner of a small business that produced leather items and sold them in his shop in New Berlin.  Years among customers had allowed him to become well acquainted with the market. As a far-sighted entrepreneur he immediately sensed the enormous potential of this futuristic “stick”. He bought the patent and started production, establishing the company with the name - The Hoover Company. It was 1908.

At first the small production plant manufactured six vacuum cleaners a day for the local market but, thanks to a free trial offer, requests multiplied by the day, until industrial scale production was needed to satisfy the ever increasing demand. In a very short time, the word “hoover” became part of the English language and synonymous with “cleaning with a vacuum cleaner”. It is still used today. 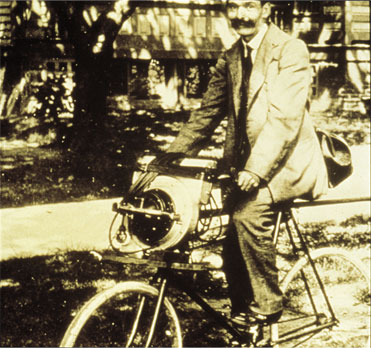